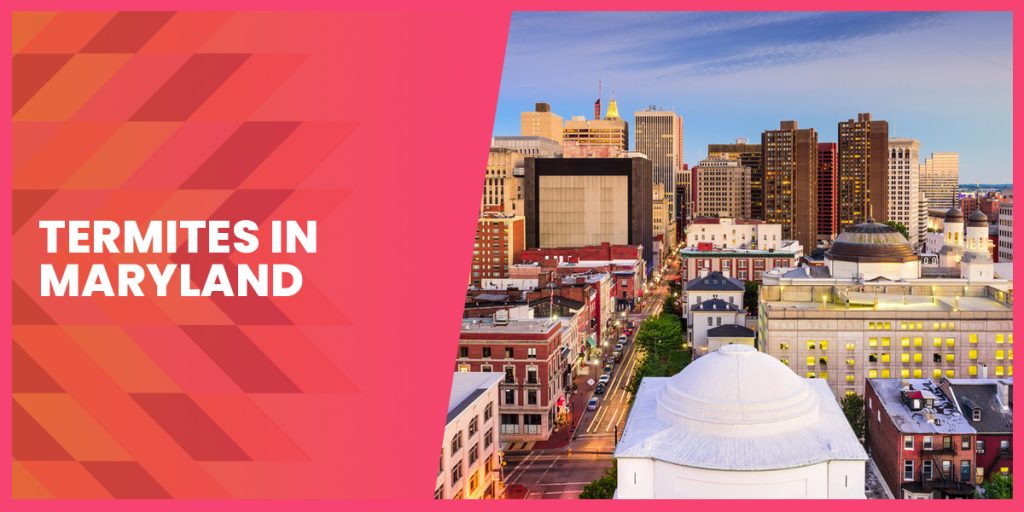 Termites are active across the state, from Frederick to Bethesda and Baltimore to Annapolis, Maryland.

What Types of Termites are in Maryland?

Subterranean termites are famous for damages done to homes in Maryland. Drywood termites are not natural to the state.

Are Formosan Termites in Maryland?

Formosan termites have not been identified in Maryland. This species resides in very warm locations. Many experts believe this termite would not be able to survive in the colder temperatures of the northern U.S. though, the species is located in North Carolina, which means it can survive in more cooler temperatures than once believed by scientists.

When Do Termites Swarm in Maryland?

Generally, termites swarm on a warm day after a rainfall. Swarms occurrence could be during the winter in heated buildings. The swarming habits of the most common species in Maryland are described below.

More Information about Termites in Maryland

Although drywood termites are not established in Maryland, it is possible for this species to travel in wooden objects, such as furniture and wine crates, and establish colonies in the state. Drywood termites have been found in areas far from their native habitats. A licensed termite inspector offer assistance in identifying species not natural to the state.

In states like Maryland where termites are fairly active and widespread, maintaining an effective termite prevention and control program is essential. If you have a home in Maryland, speak to your termite control expert about methods capable of offering protection to your home from termite infestations and damage.